I gave in and turned the furnace on today. Too many mornings of temps in to the fourties.

Woke up to 46 degree temperatures outside. As I get older I dislike the change to colder temperatures more and more.

Unfortunately today I am experiencing the U.S. health complex in all its profit driven glory that results in hours of sitting around worrying. The current system is good for those who make money off it, but is it really good for the rest of us? We kid ourselves in thinking there is a market, but what really exists are monopolies and the lowest common denominator.

I see a few people in my feeds who are using/trying the Arc browser. Seems to me the easiest way for one to capture information from another is to develop and put out there a browser. I know nothing about the company that developed it, why should I trust it? Claims made by the company itself are not re-assuring, I would prefer a trusted third party evaluation. Fact is, some of the most important information we deal with is within a web browser.

It might be shocking to some to realize that the question of whether the United States is a single country or a union of states is not decided. One would think that the question was answered at the end of the Civil War, except that the 10th amendment was not repealed. Nor was the electoral college, nor other parts of the constitution that treat states as sovereign. Consequently, we live with the reality that citizen’s votes are not equal in Presidential elections. If you live in California, your vote matters less than if you live in Ohio. It’s not right, but it’s a consequence of where one chooses to live.

Those who benefit from the status quo see the Electoral College as a feature rather than a flaw.

“A community so addicted to consumption that it foregoes virtually every other pleasure and responsibility needs the intercession of a power great enough to reveal and tame the addiction. “God” is the place-holding holding word for the power that interrupts the tyranny of evil in all of its forms.”

— The Wounding and Healing of Desire: Weaving Heaven and Earth by Wendy Farley

I had an incident with this little guy who was sitting on the back of my chair. He appears to be recovering from his close encounter with my back. 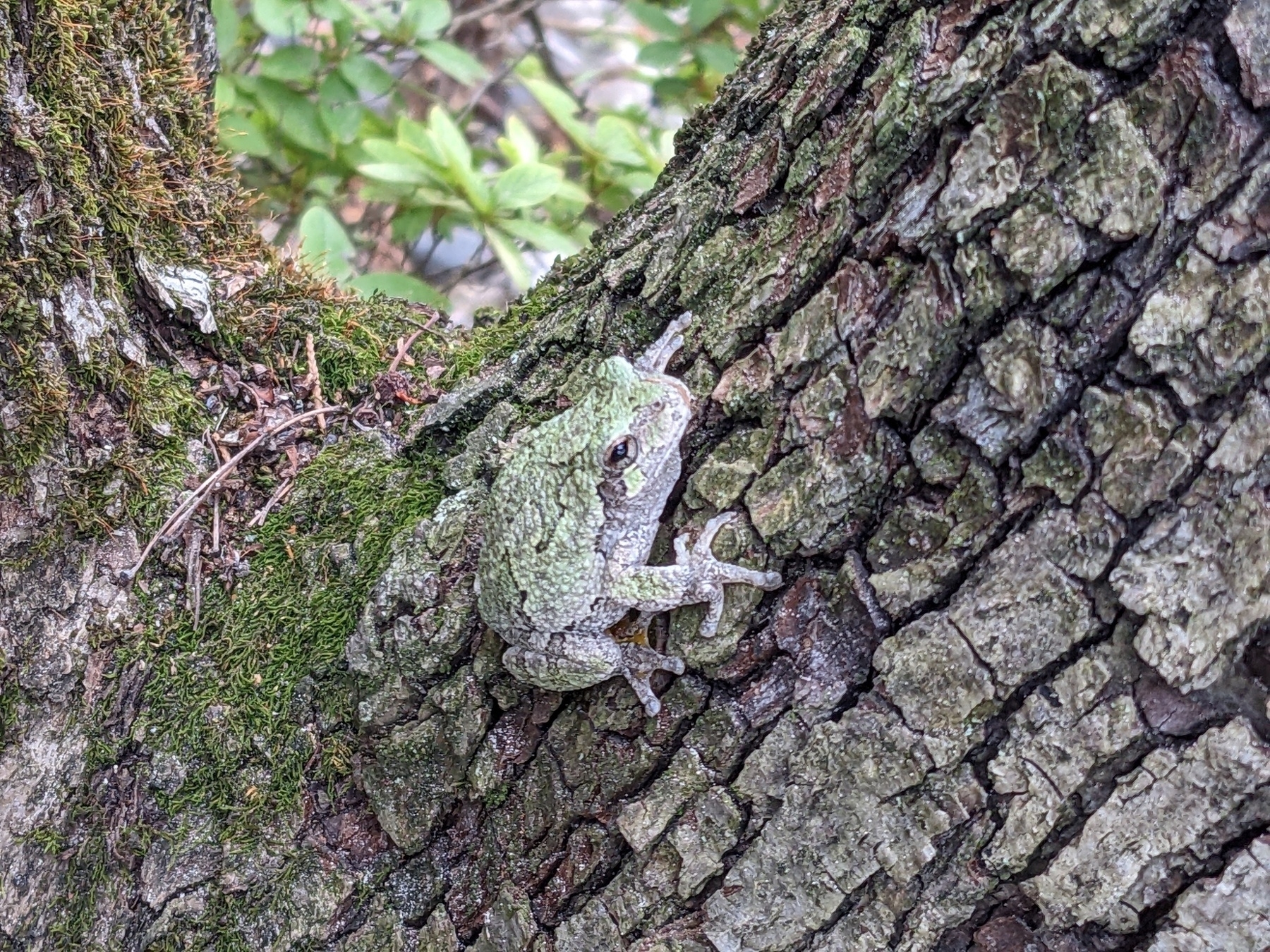 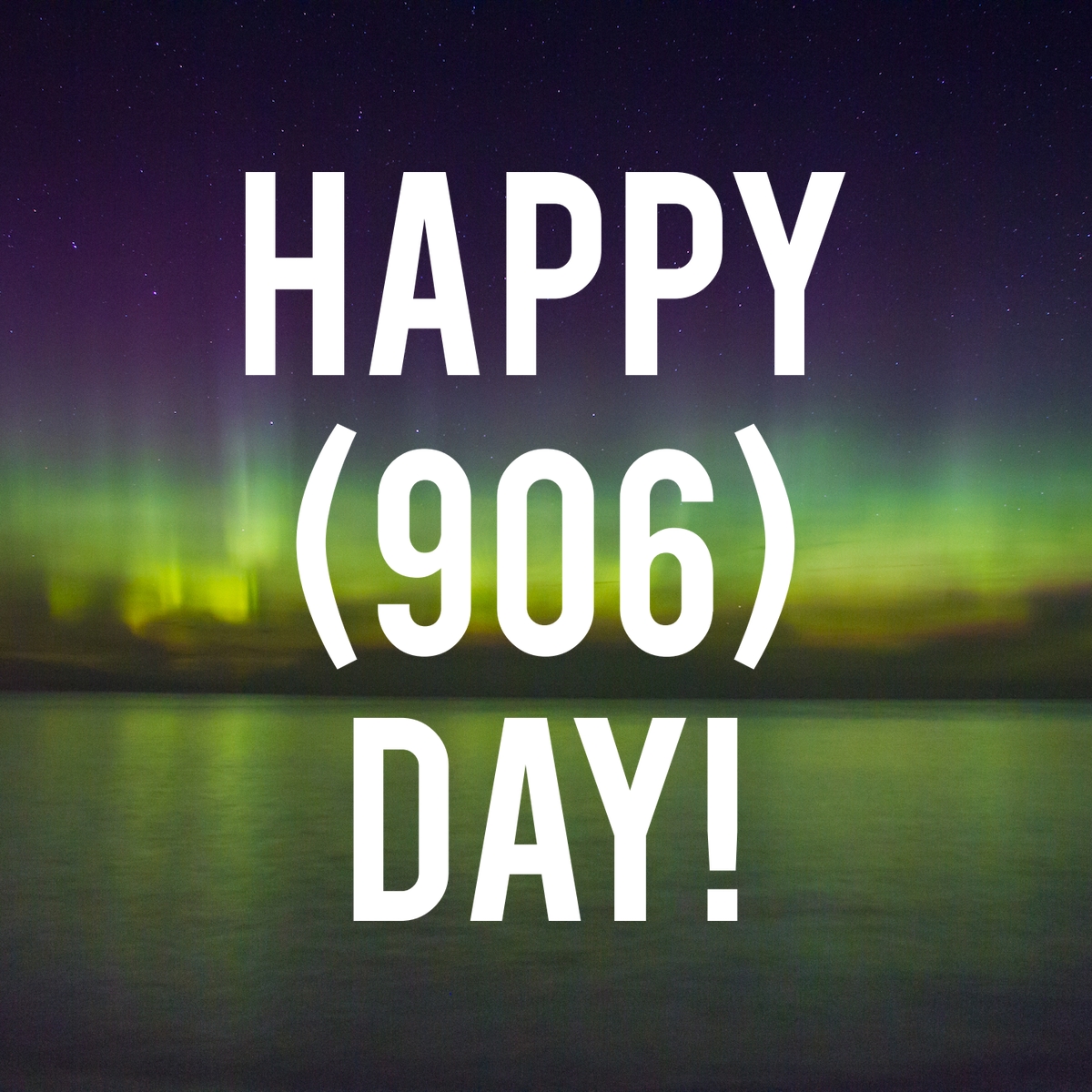 Finished reading: Do I Stay Christian? by Brian D. McLaren 📚

Watching the U.S. Open on TV with the volume turned down and the Detroit Jazz Festival playing on the computer. Tennis and jazz. Hard to believe that the last U.S. men’s champion was Andy Roddick in 2003.

Finished reading: Allow Me to Retort by Elie Mystal 📚

“Remember, Madison and the other authors of The Federalist Papers didn’t think amendments to their new Constitution were necessary. More than that, they thought a bill of enumerated rights could be dangerous. They worried that if they specified a few rights, some fools in the future would conclude that their list of rights were the only rights people had or should have. They worried that the federal government would grow to take power over everything but the few special carve-outs they bothered to enumerate.”

— Allow Me to Retort: A Black Guy’s Guide to the Constitution by Elie Mystal

Currently reading: Allow Me to Retort by Elie Mystal 📚I have the last chapter left.

Yesterday I had a Raspberry Pi crash after a system update and fail to boot. I figured out what went wrong and learned some things along the way. Breaking things is how one tends to learn.

I’ve been seeing this little one and it’s mother eating together at a spot along my evening walk, but it’s venturing further away from mom each day. Last night I came upon it alone at a spot where we could look at each other and I took this picture. Part of the backlash against Biden’s plan to forgive federal student loans is really a backlash against education. College education has become stereotyped into identities that some dislike. The fact that American society has pushed the necessity of a college degree for one to get a good job and have a good life is also problematic and wrong.

Scary thing is, true education in which one practices critical thinking and decision making is more critical now than ever. The United States is not and was not ever intended to be a pure democracy. Our government is a representative democracy, which by definition means there are gatekeepers, some voted in to positions (Congress, the President), some appointed by those we voted for (Supreme Court, Attorney General, Secretary of State), and some defacto (political parties, the Press).

Technology is eroding away the whole idea of gatekeepers upon whom our country was built, which slides us towards pure democracy. At first this might seem like a good thing, but what it really means is that more responsibility is with citizens. From within democracy tyranny can easily emerge, all it takes is to convince enough people that the tyrant’s cause is virtuous.

The guardrails against tyranny is education and free speech, and liberty to practice both. Critical thinking and systemic decision making. If we are left to not trust politicians, journalists, or anybody else for that matter, then we need to be able to trust ourselves. Education does not necessarily mean a college degree, but it does mean an openness to idea that one might be wrong, the desire to understand why, and the willingness to change one’s mind.

On Friday I came across an article by Jess Martin that summarizes a conference about tools for thought that occurred on August 16, 2022. I have not yet finished watching the videos embedded, but I did update Writings On Organizing Information with what I gleamed so far.

“If we take the future as our starting point for thinking about God, creation, and humanity—then everything we know must … be realigned to an evolving universe, including our theologies, philosophies, economic and political systems, cultural matrices—in short, our planetary life.”

— Sr. Ilia Delio, as quoted in Do I Stay Christian?: A Guide for the Doubters, the Disappointed, and the Disillusioned by Brian D. McLaren

Dave Winer has released his app that creates an RSS feed of one’s Twitter feed. I mostly use micro.blog to contribute to my Twitter feed, so if you follow me on micro.blog or follow my blog’s RSS feed you get almost all the same thing. However, I do some time use Twitter directly and so if you want, you can subscribe to my Tweets via http://tweetfeed.org/frankm/rss.xml. Read more about this in my daynotes for today.

CW has pretty much been the only broadcast network with shows I watched consistently, but I think that is likely to change.

I don’t know what to make of this, Amazon appears to be selling very old HP iPaq Pocket PCs. Must be a mistake or a hoax or something. I wouldn’t be surprised to see these on eBay but being sold on Amazon as new is wrong.

In my reading this past weekend I came across a few essays written by Linus Lee that relate to the topic of organizing information that I reference in Writings On Organizing Information, which I am calling a living document.