I use the Arabica theme plugin for this blog that automatically puts the “Follow @frankm on micro blog” in the header after the title of the site. Given the increase usage of Mastodon, I wonder whether it would be better to replace that with the Mastodon account format, or be able to add it to the header? In the mean time, I have put the Mastodon “ID” for this blog in the footer. Unfortunately, I don’t know of a way to create a link.

I’ve created a Mastodon account @frankm@twit.social, which I think will be my “direct” Mastodon account. I believe what I post here on micro.blog can be followed at @frankm@frankmcpherson.blog. I searched and found the account from twit.social, but none of my posts appear in the Mastodon timeline. Perhaps it needs someone following?

I have now played with the Microsoft Surface Duo for several hours and my first reaction is that the software does not do enough to take advantage of the two screens. For example, I expect all links I tap in the news feed would open in the other window rather than in place.

On Friday I found out that the Microsoft Surface Duo was on sale on Woot for $279, much less than its original price north of $1,000 so I ordered one that I received today. The battery is charging so I have not yet spent much time with it, but I am looking forward to learning the nuances of this dual screen device.

Do you like Wear OS 3’s UI and navigation on the Pixel Watch? I like that swiping left or right from the watch face displays a tile because it lets me decide what I want to access most quickly. To be a tile is basically an app, and I find it hard to really differentiate between the two. My main complaint is that recents is not really recents, and seems to constantly change to whatever WearOS thinks I would want. For some reason Fitbit Exercise, which is my swipe left tile, and Fitbit today always end up at the top of recents.

Now that an oligarch owns Twitter, even though he knows how to tweet, and feels like a man of the people, he lives in a different world from you and I. He’s cute but he owns us. He has freedom, don’t believe for a minute that you do. Key point. This is how rich people trick us all the time. They get us to identify with them. That’s why so many poor people vote Republican. This idea goes all the way back to slavery.

A reason for the dismantling of pensions and the attacks on social security is to make us all capitalists through 401ks. The above is as much a description of Trump as it is of Musk. The oligarchs have been at war with the citizens of the United States since the 1930s.

How ironic it is that in the United States where the Supreme Court says money is speech and thus money that floods in to politicians cannot be constrained there are people who complain when one decides to not spend money for a particular business when that business does not align to their values.

I remember in 1992 when Ross Perot warned of the “giant sucking sound” of jobs leaving the United States if NAFTA were signed. Sadly, I think that phrase is apt in describing democracy in the United States due in part to Supreme Court decisions like Citizens United.

I am wondering whether with the outage earlier today for micro.blog there is a back log of posts to be processed. Posts that I wrote using Drummer have not yet appeared here.

Issue with Linode impacted the ability to get to micro.blog and be able to post to this site. I think it might be resolved now, let’s see.

It’s now 1:20 PM EST and I just got back around to seeing whether micro.blog is back online, and it appears that it is.

As of 8:45 AM EST I can’t get to micro.blog, but if this publishes, I was able to post via Drummer Nope… that did not work.

It’s clear to me how FeedLand is a reboot of RSS because it makes building and managing a list RSS feeds real easy. Ever since he released Radio Userland I have been using Dave Winer’s blog and RSS products, and I have been using River5 for many years. Radio Userland was unlike any other RSS product I have used because it fused reading (RSS) and writing (blogging) in one product, River5 and Radio3 is the split of those two functions, and I still use Radio3 for my linkblogging and adding items to read later to Pocket.

River5 is a Nodejs application that you can clone to your own server, which I have running in Google Cloud. The main difficulty with River5 is in maintaining one’s RSS subscription list because it ultimately has to be accessed via a file that is stored locally on the server running River5. My solution has been to add an include node in the local subscription file, and store the file that is included in AWS where I can edit using Little Outliner via nodeStorage. FeedLand removes the hassle of figuring out where to put and how to edit my RSS subscriptions at the price of the app being hosted by Dave rather than on one of my own servers.

If your remember Google Reader and wish it still exists, I strongly encourge you to check out FeedLand because in my opinion it does what Google Reader provided, but more!

Six years ago today the greatest game ever played was on a Wednesday in Cleveland.

If we are honest with ourselves, all Americans will see that they are being manipulated. People are purposefully making you angry, and the question you ought to ask is why? To what end? If you eliminate another’s enemies does that really do anything for you? After reading Federico Viticci’s overview of the iPadOS 16 Stage Manager I am no longer disappointed that it is not available on my iPad Air. Looks to me like Apple was obligated to releases Version 16 this year when they should have held off until it was fully done. Very unlike Apple.

PSA: Yes, you can charge your Pixel Buds with the Pixel Watch charger I tried this last night and it seems to work, though not very fast. You probably need to leave the case attached to the charger over night for it to work.

Back on November 8, 2008 I wrote of the historical significance of the election of Barack Obama as President of the United States. Sadly, I did not consider then just how consequential that moment was, looking back now it could be the moment when democracy in the U.S. began to unravel. Today it’s clear to me that for too many people in the United States if democracy enables an African American to be President then they do not want democracy. 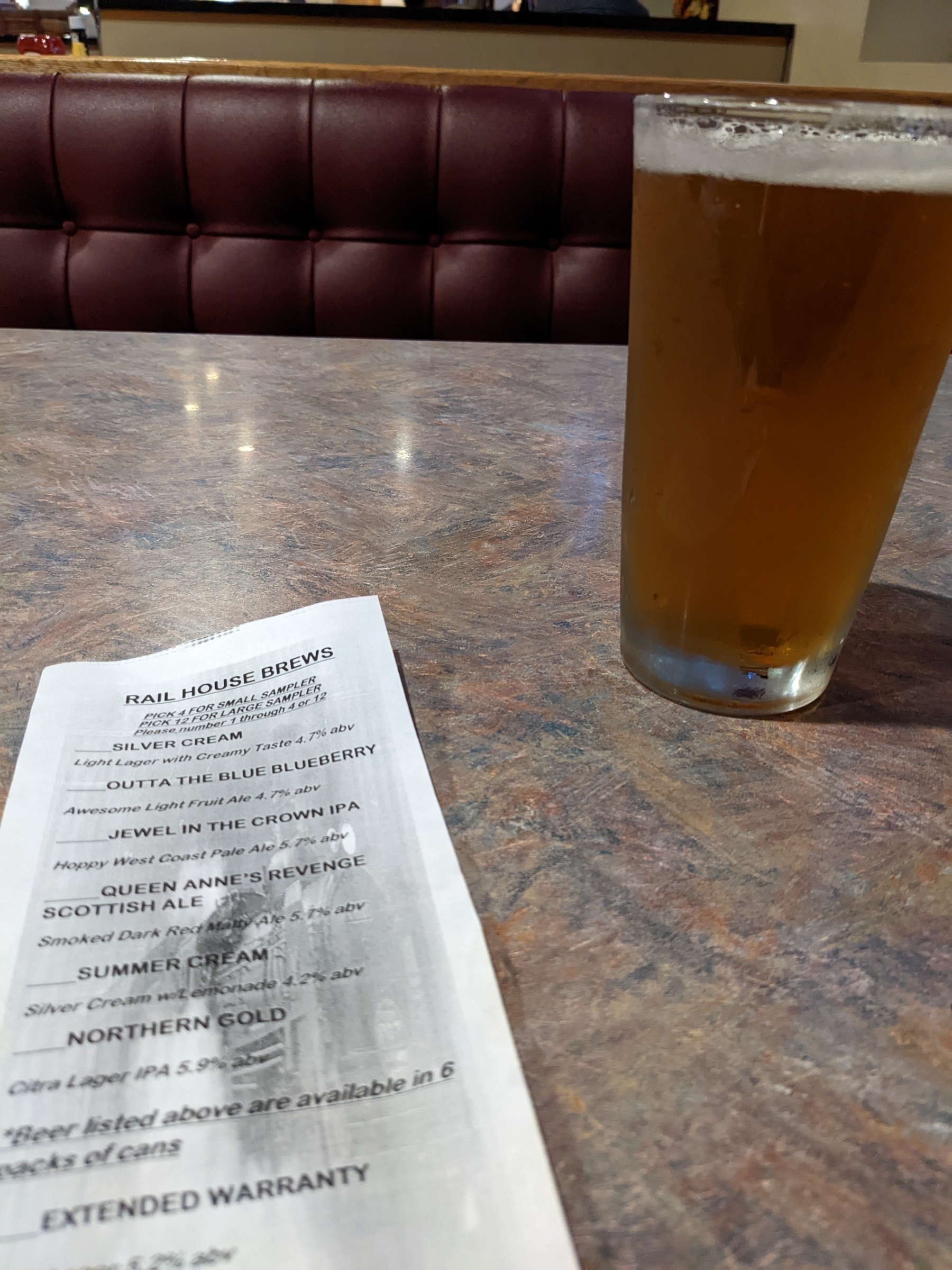 The golden gate is nice, but it’s not mighty. 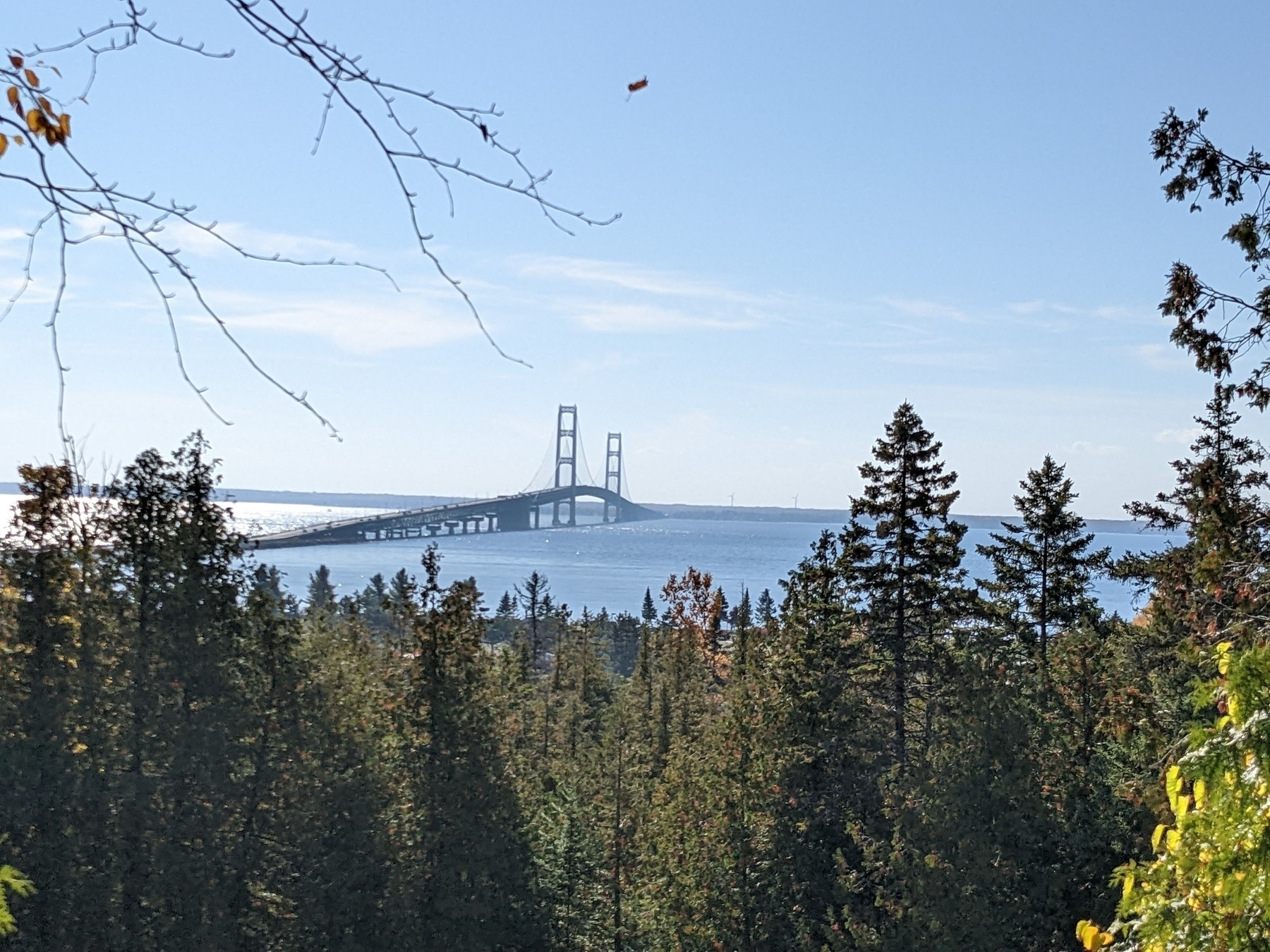 Traveled through northern lower Michigan this past weekend were the color was fine. 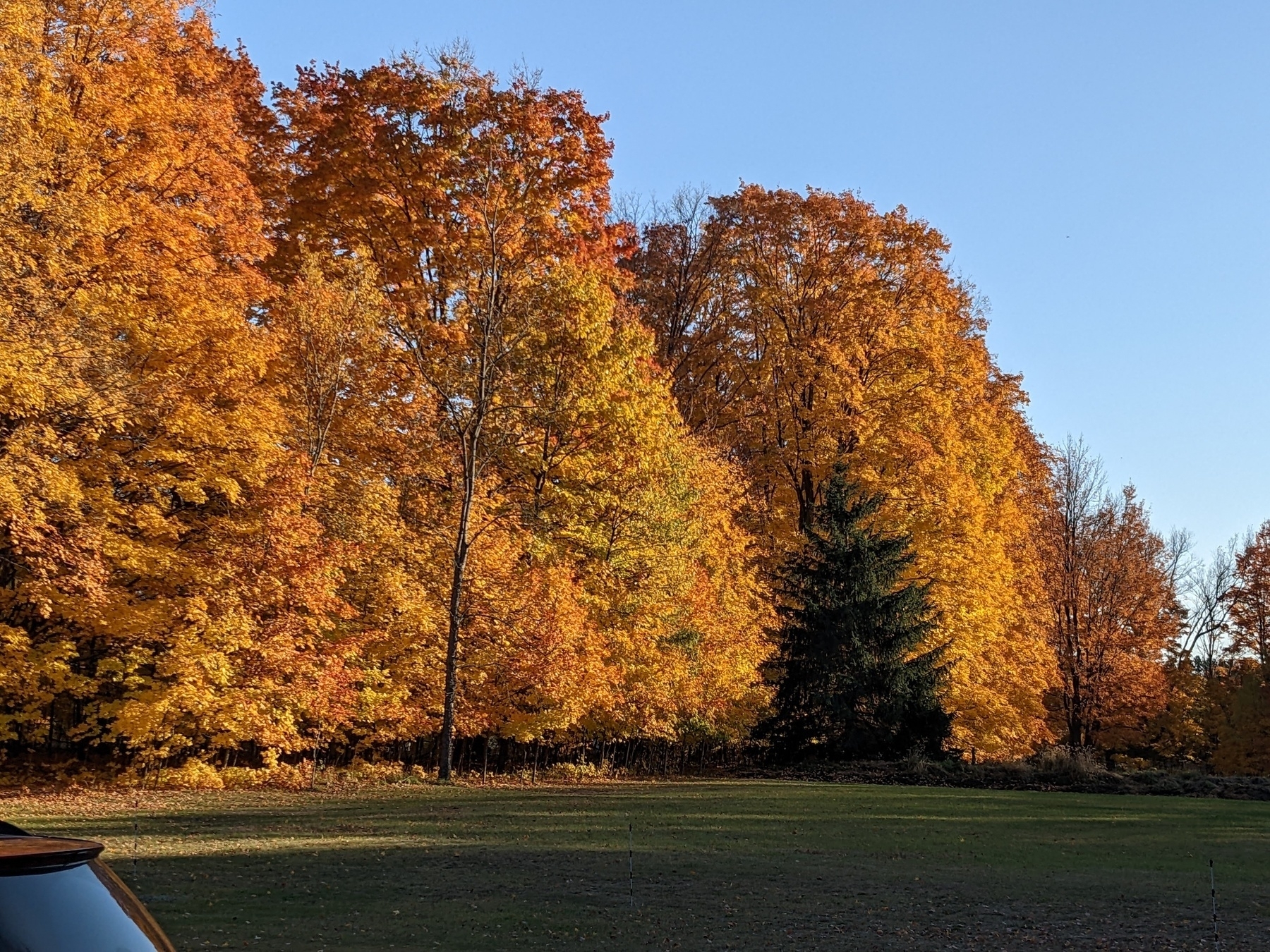 Currently reading: The Age of Acrimony by Jon Grinspan 📚

From the 1860s through the early 1900s, presidential elections drew the highest turnouts ever reached, were decided by the closest margins, and witnessed the most political violence. Racist terrorism during Reconstruction, political machines that often operated as organized crime syndicates, and the brutal suppression of labor movements made this the deadliest era in American political history. The nation experienced one impeachment, two presidential elections “won” by the loser of the popular vote, and three presidential assassinations. Control of Congress rocketed back and forth, but neither party seemed capable of tackling the systemic issues disrupting Americans’ lives. Driving it all, a tribal partisanship captivated the public, folding racial, ethnic, and religious identities into two warring hosts.

The U.S. Supreme Court is the most authoritarian branch of U.S. government. Nearly every low moment of U.S. History is tied to Supreme Court decisions, some which later were overturned. A case will go in front of the Supreme Court in December that could decide the fate of demoracy in the United States. It could give state legislatures power to decide any federal election, overturning the will of the people. Given the current make up of the court, I am not optimistic that demoracy will survive.

Follow via Mastodon: @frankm@frankmcpherson.blog
Surprise Me
Linkblog of sources
See What Else I Am Doing